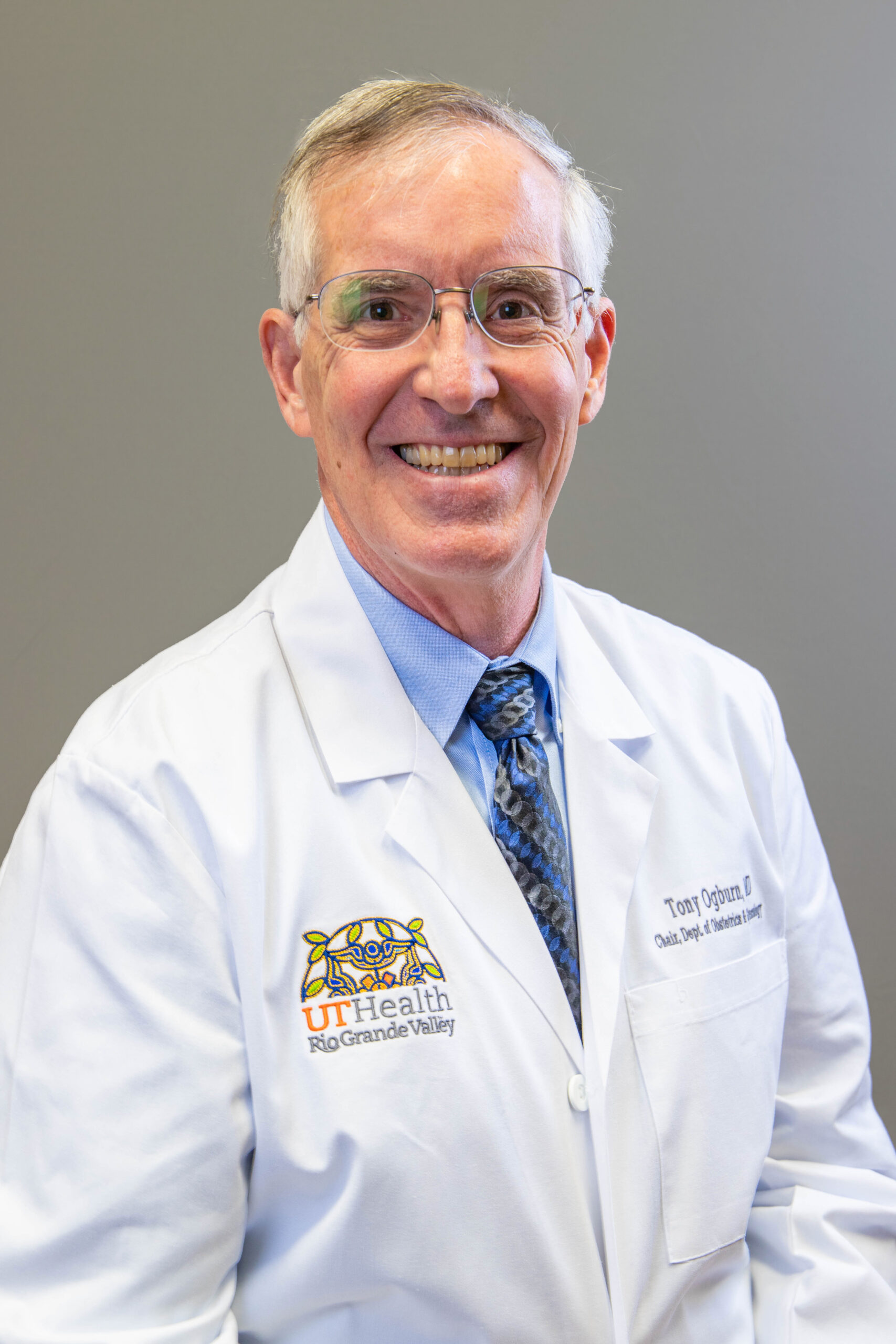 Tony Ogburn, MD, received his BS and MD at the University of Florida. He completed a residency in OB/GYN at the University of California-Irvine. Following residency, he practiced with the Indian Health Service in Gallup, New Mexico for six years. He then joined the faculty at the University of New Mexico, where he served for 18 years in a variety of leadership roles including Residency Program Director, General OB/GYN Division Chief and Chief Medical Officer at UNM-Sandoval Regional Medical Center. He is an ABOG oral board examiner, past Chair and current Education Director of the ACOG Indian Affairs committee, ACOG McCain fellow, and Past Chair of the CREOG Council.  He will join the ACGME Review Committee for Ob/Gyn in 2021. He is currently Professor and Founding Chair of Ob/Gyn at the University of Texas Rio Grande Valley, a new medical school in South Texas along the US-Mexico border. He is a Founding Board member and was the Inaugural Treasurer of SASGOG. He continues to have an active practice in General OB/GYN with an emphasis in family planning. His research interests include family planning, educational evaluation and curriculum development, and improving access to care for underserved populations. 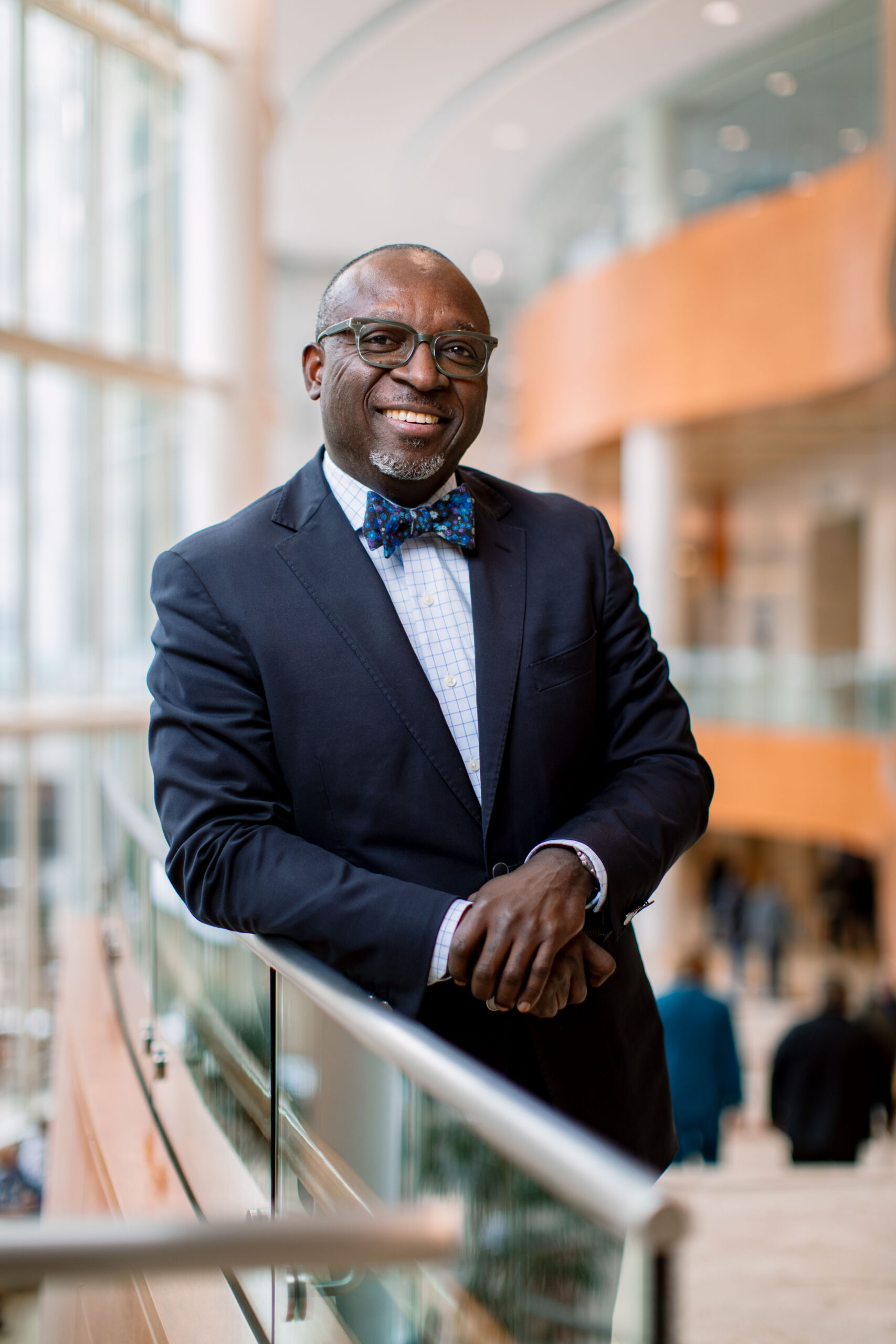 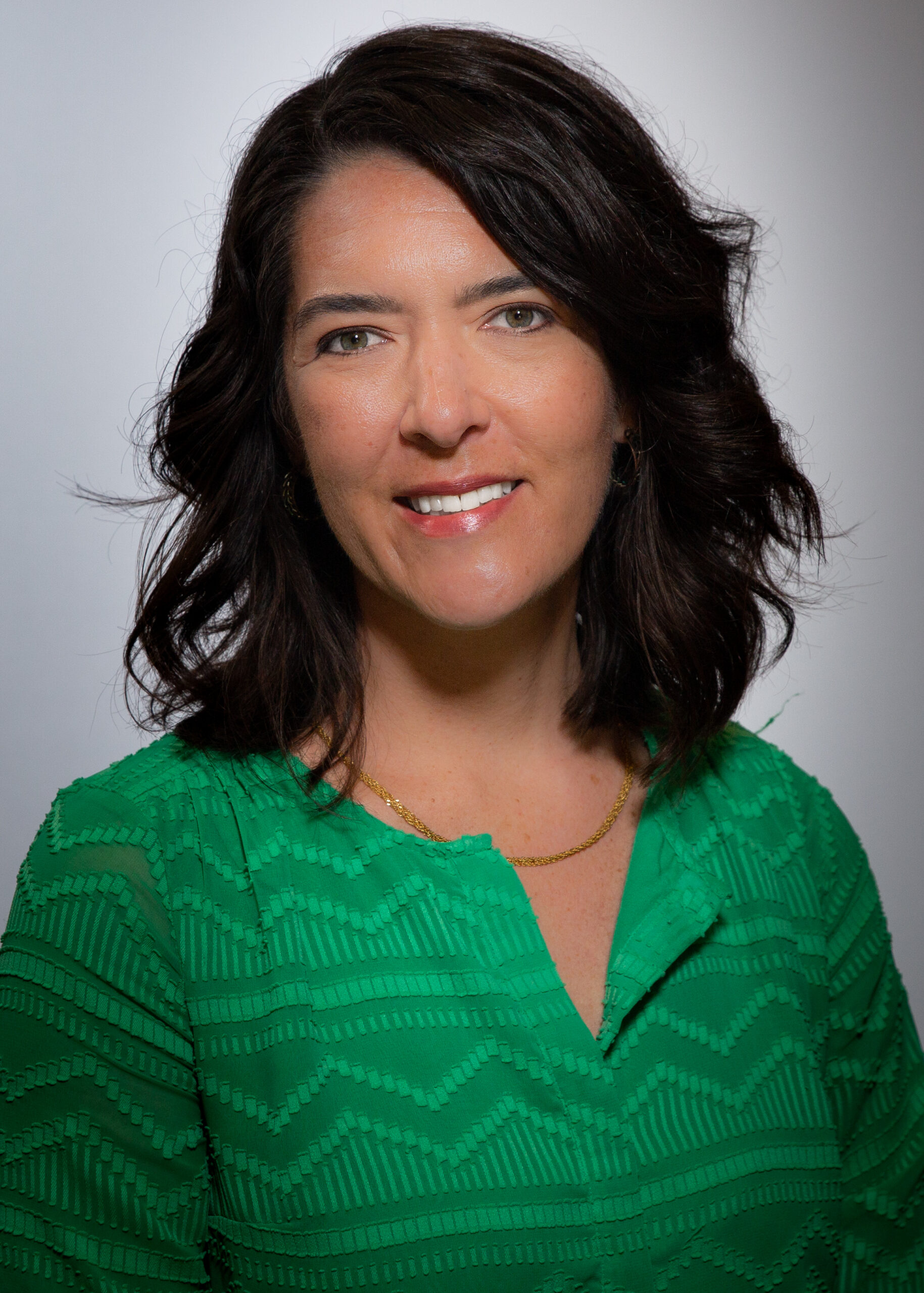 Dr. Jody Stonehocker completed her medical degree at the University of California, San Francisco and residency at the University of New Mexico. She worked in private practice as a general OB/Gyn for seven years before returning to academic practice. She is currently an Associate Professor in the Department of Obstetrics and Gynecology, Gynecology Division at the University of New Mexico. She practices full scope OB/Gyn and is the medical director of a multi-site, federally funded (Title V and Title X) clinic system that serves women who do not qualify for insurance coverage due to their immigration status. Dr. Stonehocker has previously served as the assistant clerkship director and associate residency program director and has been the residency program director at UNM since 2015.  She is a graduate of the APGO Scholars and Leaders Program and has earned local and national educational awards including nomination to the Gold Humanism Honors Society by UNM medical students.  Dr. Stonehocker serves on the UNM School of Medicine Student Appeals Committee. Her scholarly interests include leadership development through mentorship and health equity for underserved populations. She was a SASGOG board member 2016 – 2019 and is honored to serve as the current SASGOG Secretary. 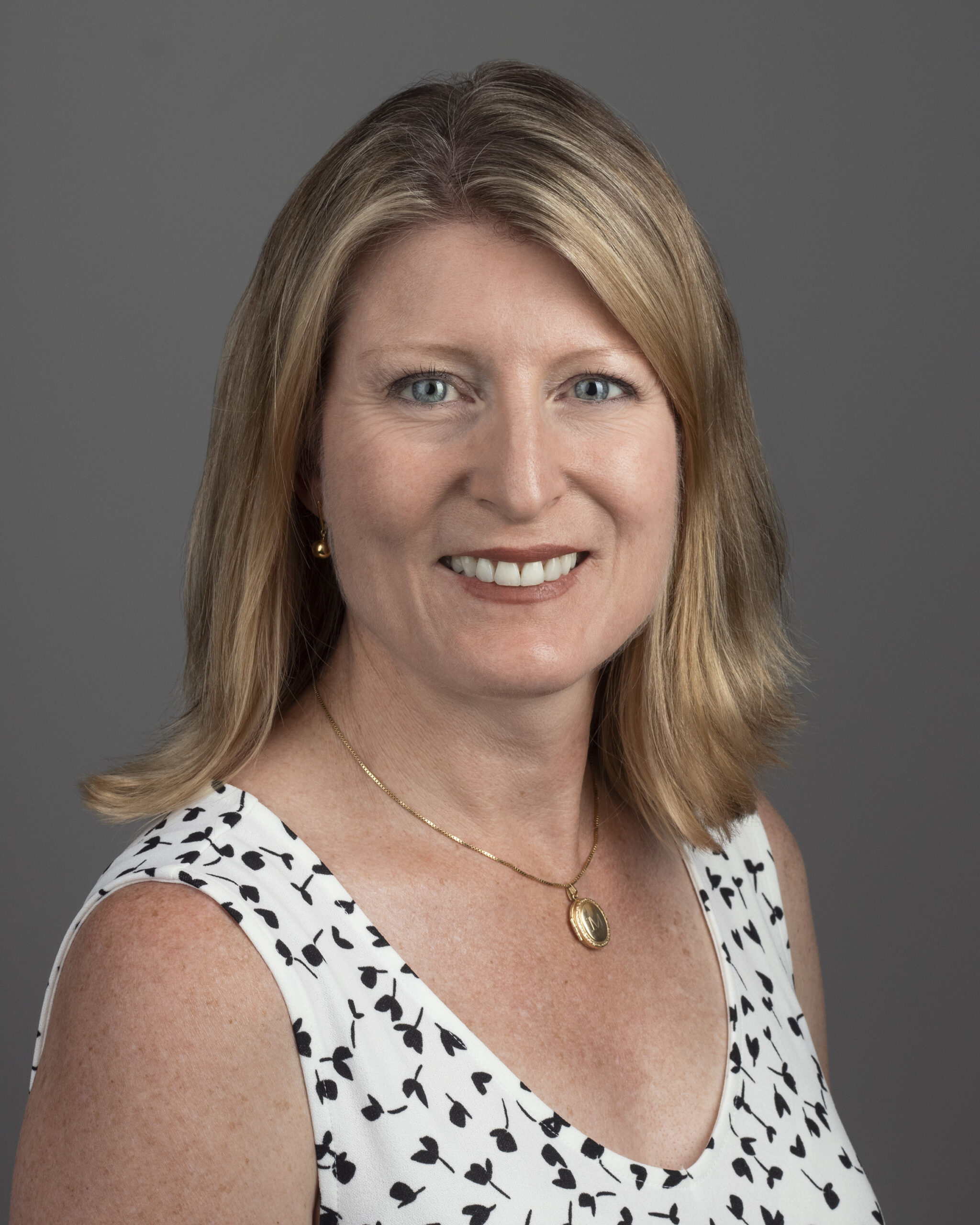 Dr. Farrell received her undergraduate degree from the United States Naval Academy in Annapolis, Maryland. She then went on to medical school at Washington University in St. Louis. Her residency in Obstetrics and Gynecology was completed at Naval Medical Center San Diego. She is a veteran after serving over twenty years in the United States Navy as a comprehensive obstetrician gynecologist. Her time in the Navy took her to 29 Palms CA, Camp Pendleton CA, Rota Spain and Naval Medical Center San Diego where she served as the OBGYN Residency Program Director from 2012-2018. She retired from the Navy in 2019 and joined the faculty at Beth Israel Deaconess Medical Center and Harvard Medical School Department of Obstetrics, Gynecology and Reproductive Biology and was appointed to the position of Medical Director of Gynecologic Surgical Services. Additionally, she is Associate Faculty at Ariadne Labs in association with the Harvard T. H. Chan School of Public Health working with the Delivery Decisions Initiative. Her interests within the field of OBGYN are medical education, intimate partner violence, vaginal surgery and collaborative models of care for obstetrics. She is an active member of the American College of Obstetricians & Gynecologists, the American Board of Obstetrics & Gynecology and the Society of Specialists in General Obstetrics & Gynecology. 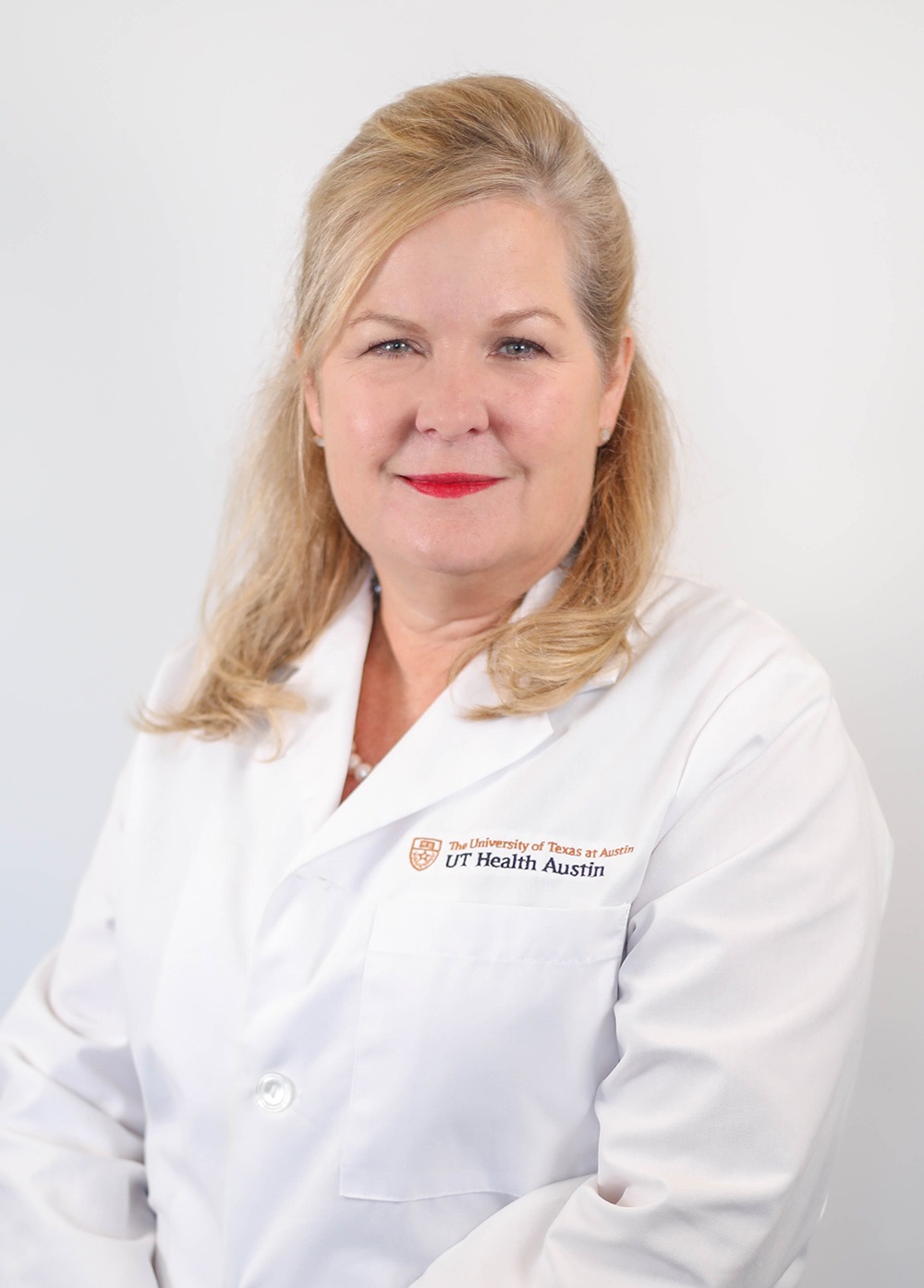 Dr. Amy Young is the Chief Clinical Officer of UT Health Austin, responsible for operational oversight of the ambulatory clinical practice of the Dell Medical School.  Along with this role, she was named Vice Dean of Professional Practice, operationalizing and administering the Medical Service, Research, and Development Plan (MSRDP).

In January 2015, Dr. Young was named the Inaugural Chair of the Department of Women’s Health at the Dell Medical School and held that role until August 2019 as she transitioned fully to Chief Clinical Officer and Vice Dean of Professional Practice.  She continues to educate residents and medical students as a distinguished professor of Obstetrics and Gynecology, being honored as a 2019 inductee into the UT System Kenneth I. Shine, M.D., Academy of Health Science Education.

While serving as Chair, she was also the Women’s Health Service Line lead for Ascension Texas in Austin and surrounding counties.  In her role as service line lead, she built numerous institution and provider specific quality reports.  Dr. Young was the architect for the value-based Women’s Health integrated practice unit for UT Health Austin and worked with the hospital system to create a paradigm shift in pain management resulting in reduced opiate utilization for the obstetric population.

Dr. Young is an Academic Specialist in General Obstetrics and Gynecology and has a broad array of interests and achievements across the scope of Women’s Health.  She has been a funded investigator, led women’s healthcare integration community initiatives, and led institution wide clinical operation for three institutions. She has served as President of the Association of Professors of Gynecology and Obstetrics (APGO), District XI (Texas) Chair of the American College of Obstetricians and Gynecologists (ACOG). Recent publications include quality and hysterectomy, ambulatory gynecologic surgery, and surgical efficiency. 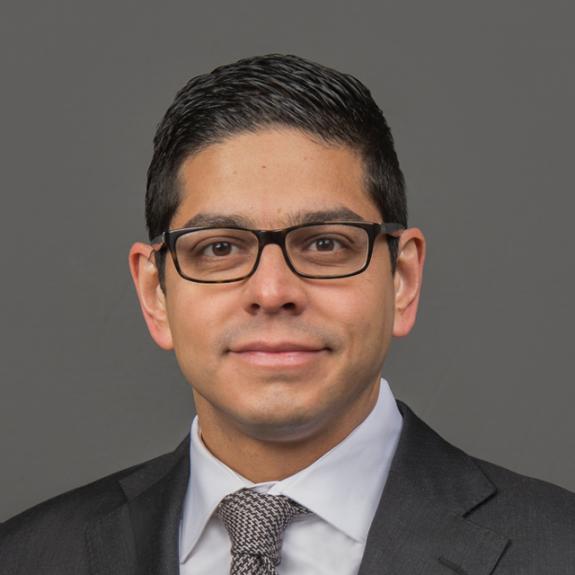 For the first 3 years after completing his residency at Temple University Hospital, Dr. Diaz was honored to serve in a Federally Qualified Health Center System located in inner city Philadelphia. He then joined the Lewis Katz-Lewis School of Medicine at Temple University, where he became Chief of the General Division and Vice Chair of Safety and Quality. He balances a busy surgical practice treating complex gynecologic cases and obstetrical care with administrative duties. Currently, he holds the academic rank of Associate Clinical Professor and is an Oral Examiner of the American Board of Obstetrics and Gynecology. He has been recognized several times for his excellence in education and patient care. Dr. Diaz has been a member of both the SASGOG Financial Committee and the Patient Safety and Quality Improvement Task Force. 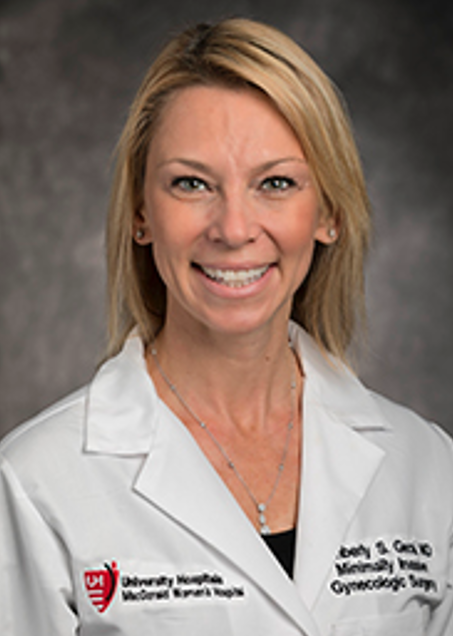 Kimberly S. Gecsi, MD is an associate professor of Reproductive Biology and OB/GYN residency program director at University Hospitals Cleveland Medical Center/Case Western Reserve University School of Medicine. She completed medical school at Case Western Reserve University followed by residency at the University of Pittsburgh Magee-Womens Hospital. After a 3 year stint in private practice (which she lovingly calls her fellowship in general obstetrics and gynecology) she returned to the world of academics. Since starting at UH/CWRU in 2009, she has been the Clerkship Director, Director of GYN education, Colposcopy Clinic Director and she is currently the Residency Program Director. Her clinical interests are in minimally invasive gynecologic surgery and lower genital tract disease. 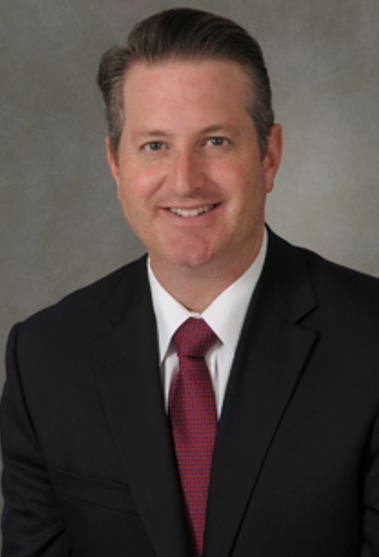 Dr. Griffin is the Chair for the Department of Obstetrics, Gynecology and Reproductive Medicine at Stony Brook Medicine. He graduated from the University of Rochester, received his medical degree from Stony Brook University School of Medicine where he also completed his residency training in Obstetrics and Gynecology at SBM. He went on to serve as a Lieutenant Commander in the U.S. Navy before returning to Stony Brook. Dr Griffin specializes in Minimally Invasive and Robotic Gyn Surgery (MIS). Prior to being Chair, Dr. Griffin served as the Chief Medical Officer for the Hospital from 2009 to 2013. He is a Former Residency Program Director, Clerkship Director and is currently the Associate Fellowship Director for MIS. Dr. Griffin has served as an Oral Board Examiner for the American Board of Obstetrics & Gynecology since 2007. He has received a number of different local and national awards, most notably he was the recipient of Stony Brook University School of Medicine’s highest teaching award, the Aesculapius Award. Most recently, Dr. Griffin was elected to serve as the President of the Medical Board at Stony Brook Medicine. 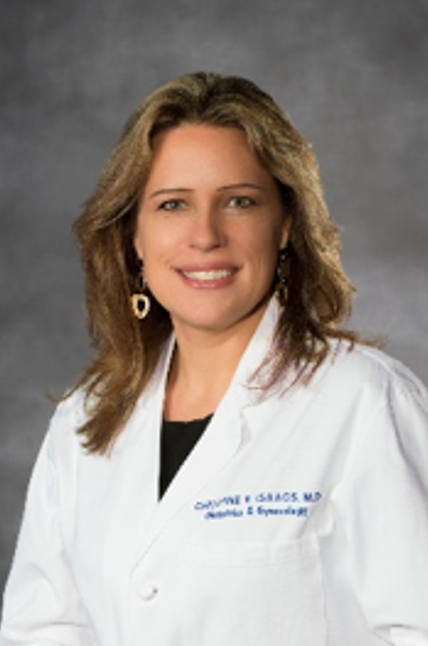 Dr. Isaacs is a Professor of Obstetrics and Gynecology at Virginia Commonwealth University Medical Center in Richmond, Virginia. She is the Division Chief of the Academic Specialists in General Ob/Gyn and the Medical Director of the Midwifery services. She maintains an active clinical practice in all areas of obstetrics & gynecology with special interests in natural childbirth, reproductive health, treatment of sexual dysfunction and contraceptive choices. Her current research interests include integrating group prenatal care models into residency training programs, techniques of cesarean section, and contraceptive practices. She has been an active member of SASGOG since 2012, an ABOG oral board examiner since 2014 and has served as an author, mentor and editorial board member for the Pearls of Exxcellence. 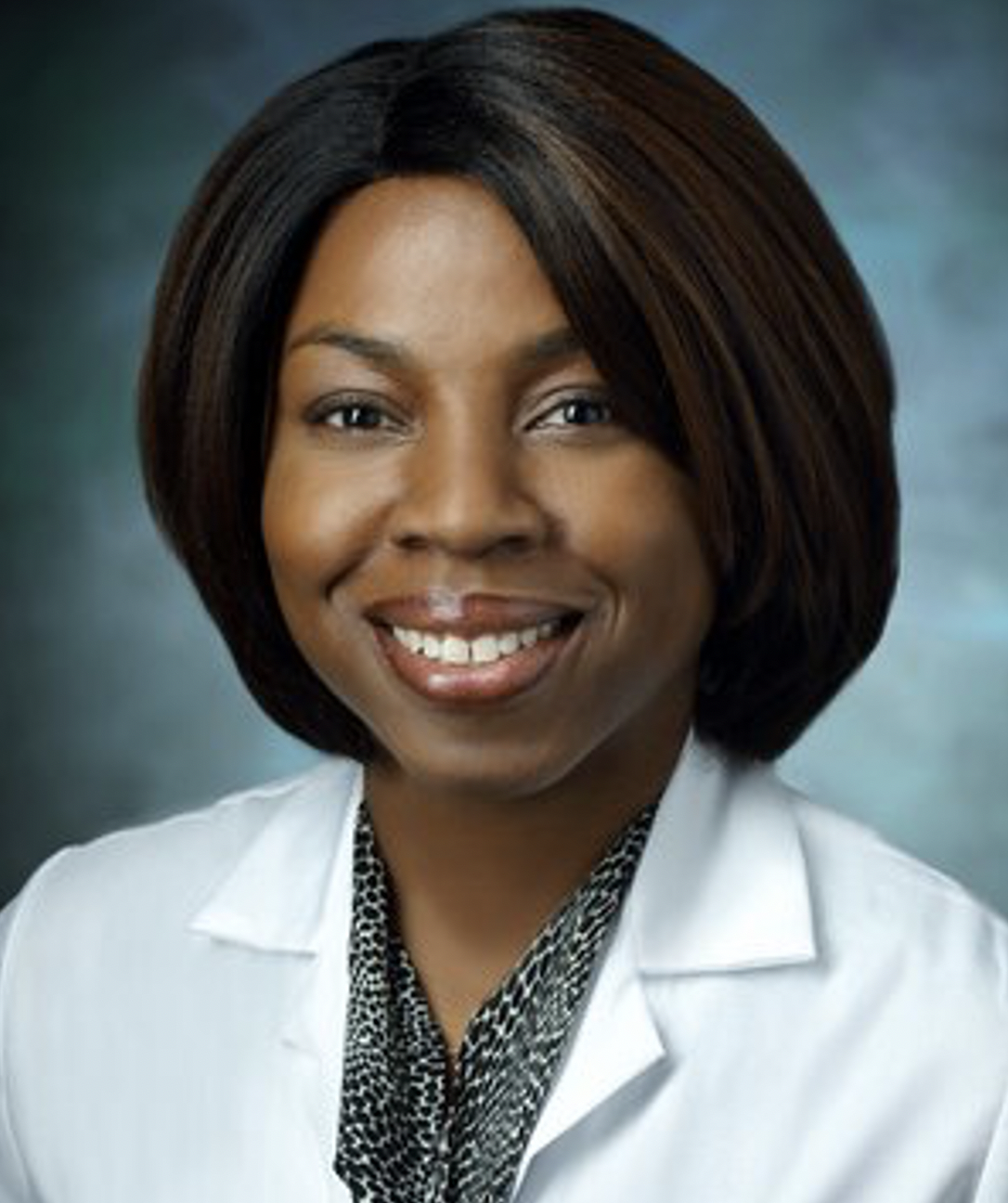 Dr. Shari Lawson is an Assistant Professor of Gynecology and Obstetrics at the Johns Hopkins School of Medicine in Baltimore, Maryland. She is the inaugural Division Chief of the General Obstetrics and Gynecology Division at Johns Hopkins Hospital and takes pride in educating and mentoring future academic specialists in gynecology and obstetrics. Dr. Lawson also serves as Assistant Dean for Medical Student Affairs at Johns Hopkins School of Medicine and brings extensive experience in medical education and fostering a positive learning environment. Dr. Lawson is a graduate of the APGO Scholars and Leaders Program and has also served as moderator and judge for APGO, ACOG and CREOG meetings. Dr. Lawson has been an active member of SASGOG since 2012 and a member of the SASGOG Program Committee since 2019. 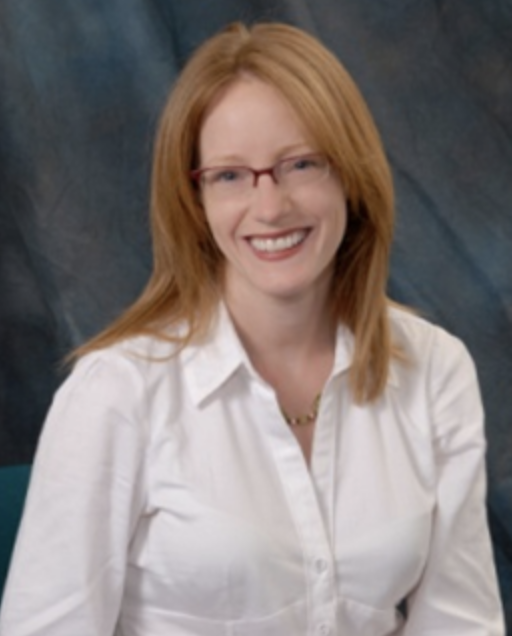 Dr. LaCoursiere is Professor and Residency Program Director in the Department of Obstetrics, Gynecology and Reproductive Sciences and the University of California, San Diego (UCSD). After graduating UCSD School of Medicine, she completed her OBGYN residency at UCSD meanwhile earning a Master of Public Health degree concentrated on epidemiology and biostatistics. Dr. LaCoursiere began her faculty career at the University of Utah, returning to UCSD to complete the Women’s Reproductive Health Research (WRHR) Program where she focused on outcomes associated with maternal obesity. This remains the focus of her clinical work in the Maternal Weight and Wellness Program. Dr. LaCoursiere has a special interest in resident education. She is a former APGO Scholars and Leaders Fellow and served as a reviewer for over a dozen journals; reviewer and moderator for CREOG-APGO and ACOG Conferences, and a member of the APGO Technology Committee and the SASGOG Task Force on Divisional Profiles. 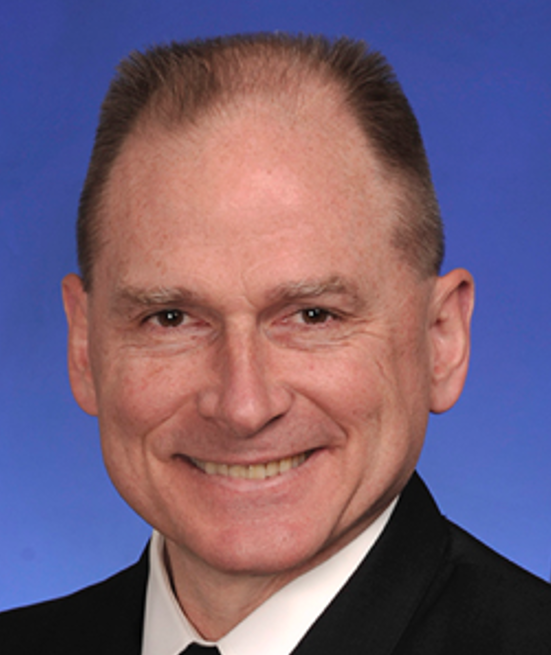 Dr. Leininger currently practices as a Obstetrician/Gynecologist at Naval Medical Center San Diego (NMCSD). During his 26 year Naval career, he was a Residency Program Director, Graduate Medical Education Committee member, Director of Surgical Services, and, most recently, Ob/Gyn Specialty Advisor to the Surgeon General of the Navy. His advocacy activities have included lobbying for women’s health issues at the state and federal level, leading the 2014 medical revision of the Department of Defense abortion policy, and promoting professionalism in graduate medical education. 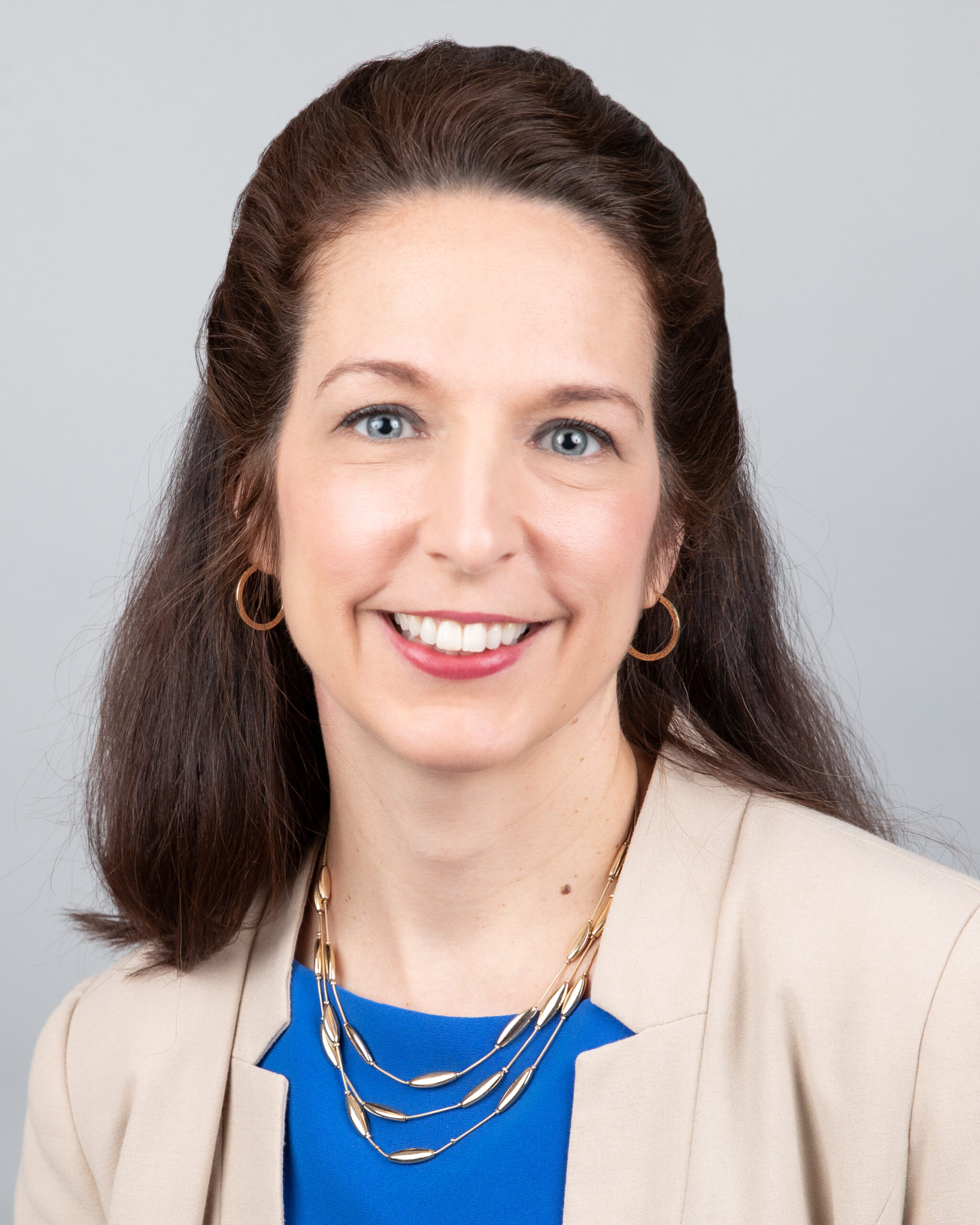 Dr. Moore Simas is Professor of Ob/Gyn, Pediatrics, Psychiatry and Quantitative Health Sciences, and Vice Chair and Research Division Chief of the UMass Medical School/UMass Memorial Health Ob/Gyn Department. She is an academic specialist in Ob/Gyn, physician-scientist, and educator. She is the founding Engagement Director of MCPAP for Moms, a first in nation state-wide program that enhances the capacity of front-line providers to address perinatal mental health and substance use disorders. MCPAP for Moms has impacted national policy resulting in HRSA-awards to 7 states, with an additional 6 states or health care systems through different funding mechanisms, having or developing similar programs. Dr. Moore Simas is medical director of Lifeline4Moms, a program founded to provide technical assistance for others developing perinatal psychiatry access programs, and as a research home to further advance innovations in integrating obstetric and mental health care. Dr. Moore Simas has a federally funded research portfolio and has served/serves on national committees including the Council’s Maternal Mental Health Safety Bundle Work Group, and the American College of Ob/Gyn Maternal Mental Health Expert Work Group (Co-Chair); she serves as an ABOG oral board examiner. Her academic achievements have led to over 100 peer reviewed publications, and national presentations.